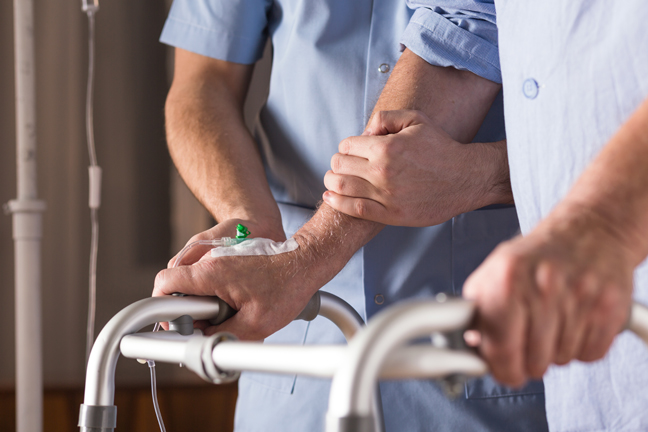 Moving Beyond a Cluttered Life

Gregory S. Jurkowski, NRP, CCP-C, wears many hats in the Methodist Hospital/JeffSTAT Community Paramedicine Program: critical care paramedic, health educator, navigator, advocate, detective, adviser, and mediator, just to name a few.  His role, like the program, has been growing and changing since its launch in 2015, and it’s changing the lives of its patients too.

“I think he let us in because he started to recognize his environment was mismanaged,” Greg said.  “My job is to foster from within a patient the desire to make positive change in his or her life and be an advocate.  With Larry, I couldn’t get the right changes to happen without doing more than usual.”

Larry had heart, respiratory and ambulatory problems that contributed to a cluttered home.  His home was unsanitary, made that way over the years by both him and his cats and by the combination of his medications and walking issues.  Although he had a neighbor’s help, it wasn’t enough.  Larry had difficulty inviting people into his home, including his own nephew.  Greg knew the situation was dire from his first visit.

Larry was later readmitted after the first few program visits, underwent needed surgery and had a monthlong stay in a rehabilitation facility.  He was then discharged back into the same mismanaged environment and back at Methodist Hospital several days later.  At this time, Greg formed an unorthodox plan some would consider beyond the scope of the program.  He consulted his supervisors, presented his plan and gained their support.

“I went to Larry’s house on a Saturday and spent 16 hours with his neighbor cleaning out the clutter,” Greg said.  “I moved his bed across the living room so it would be easier for him to get to the bathroom.  I later reached out to his nephew.  The cleanup allowed Larry to welcome his nephew into his home without embarrassment.”

Over seven months, Greg visited Larry 12 times while also seeing his other patients.  There were also countless calls to Larry and his nephew, who now visits weekly.  With the help of his neighbor and his nephew, Larry had two trucks remove clutter from the basement and upstairs bedrooms.  Repairs and upkeep have started on his home as well.  Greg also arranged for MANNA to deliver meals and for home health aide services to provide personal care.  With Case Management’s help, Larry was connected to a physician who came to his house to provide primary care.

“Positive change takes time.  Sometimes positive change happens during the first visit.  Other times, like in Larry’s case, it takes several months,” Greg said.  “But none of it would have happened for Larry if he hadn’t said yes to the Community Paramedicine Program.”